Oveta Fuller Obituary, Death – Rev. Dr. A. Oveta Fuller, a prominent virologist and AME itinerant elder passed away on November 18, 2022, following a brief illness unrelated to COVID. She died at the age of 67. Fuller was born on August 31, 1955, in Mebane, North Carolina. Deborah Woods Fuller was born to a teacher and a farmer, Herbert R. Fuller. Fuller grew up in the North Carolina town of Yanceyville. As a child, biology piqued her interest. After being given antivenin, a snake venom antidote, her grandmother recovered quickly from a water moccasin bite. Although her grandmother’s snake bite influenced her interest in biology, she was also influenced by Ms. Elam and Mr. Majette, two outstanding biology teachers. After graduating from high school, she was awarded an Aubrey Lee Brooks Scholarship to the University of North Carolina at Chapel Hill, where she earned a BA in biology in 1977.

In 1983, she was honored with the National Technical Association’s Service Award, the Anna Fund Postdoctoral Award, and the Thornton Professional Achievement Award. She also received a Ford Foundation fellowship in 1987 and a National Science Foundation Career Advancement Award in 1992. In 1998, the University of Michigan Task Force named Fuller Woman of the Year in Human Relations. She also received the Missions Society’s Distinguished Service Award in Microbiology and Ministry, as well as the Robert Smith Community Service “Humanitarian Award.” Her biography was included in the book “Distinguished African American Scientists of the Twentieth Century” (Kessler, Kidd, and Morin, Oryx Press, Phoenix, AZ, 1996). In 2012, she was awarded a Fulbright US Scholar Program grant.

She started a nine-month research project in Zambia’s Copperbelt region in January 2013, with the goal of disseminating biomedical information to communities through local religious leaders. Dr. Fuller took a sabbatical in 2006 and traveled to several African countries, including Botswana, South Africa, and Zambia, to educate clergy members about HIV and AIDS science and how to educate their congregations about the impact of AIDS in their communities. Dr. Fuller was most recently a member of the FDA’s Vaccine and Biological Products Advisory Committee, which oversaw the recent COVID-19 vaccine emergency release. Fuller was an ordained itinerant elder in the African Methodist Episcopal Church’s Michigan Annual Conference and an adjunct faculty member at Payne Theological Seminary. For several years, she also wrote a column for The Christian Recorder called “Getting to Zero,” in which she advocated for HIV/AIDS awareness and programs throughout the AME Church. 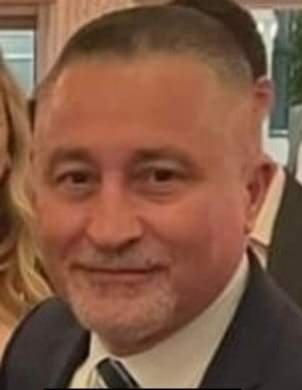